The Capital of Sport in Finland

Jyväskylä is a radiant city bustling with activity all year round. The city is known for its robust tradition of sports and exercise, its diverse opportunities for exercise activities, and the University of Jyväskylä’s Faculty of Sport and Health Sciences, the only one of its kind in Finland.

Jyväskylä is the Capital of Sport in Finland, and its position as such is founded on a base of scientific and practical knowledge of sports and exercise. Hippos area close to the city centre is home not only to the University of Jyväskylä Faculty of Sport and Health Sciences but the Finnish Institute of High Performance KIHU.

The City of Jyväskylä is closely collaborating with the actors in this field. Some of its key partners include, apart from those in the Hippos neighborhood, the Jyväskylä University of Applied Sciences, the Jyväskylä Sport Academy, and the Central Finland Sport Federation (KesLi). 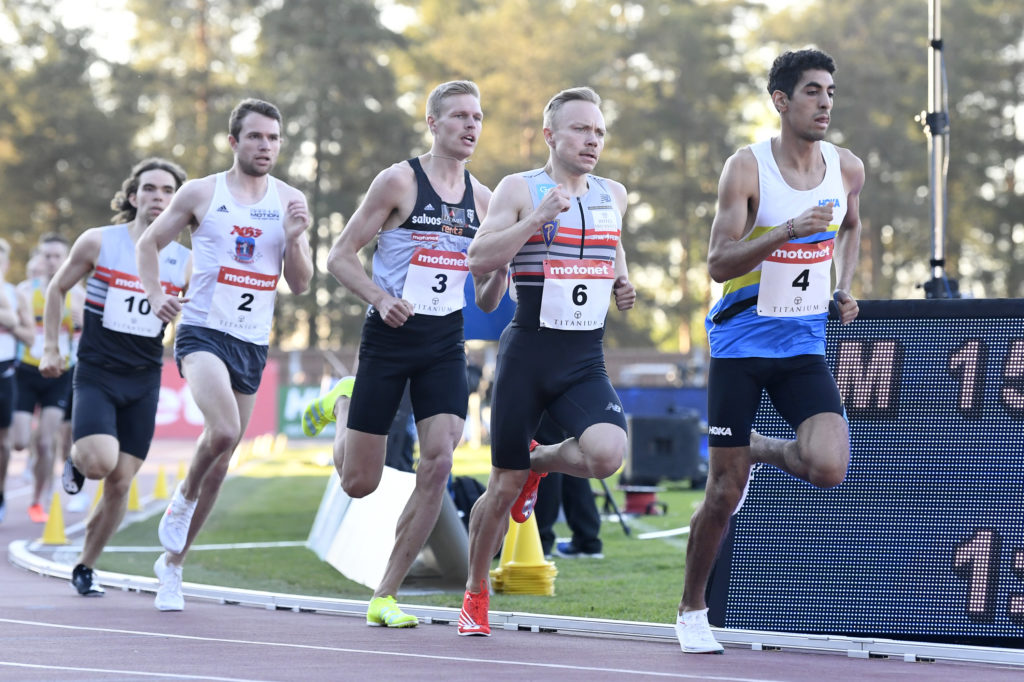 The Hippos-hall is a sports hall for year-round use. It is an ideal venue for mass events, with a capacity of 3480 people. The main sports in the hall are athletics, badminton and ball sports.

The Hippos-hall is located next to the Sports Lab of the Finnish Institute of High Performance Sport. Sports Lab offers a wide range of testing facilities for top athletes.

Monnari, multi-purpose training arena at Hippos is the venue for the main league games in volleyball and futsal, and the second highest level in basketball. The ballroom is suitable for a wide range of sporting events and public events. Monnari has room for 1,050 spectators.

In addition to the ballroom, the multi-purpose hall has a gym, a covered fighting hall, squash courts and a scaffolding gym.

In Jyväskylä, a huge 170 M eur construction investment is planned to start in the Hippos area in 2022.If the construction starts Hippos will be the leading hub of sports, well-being, and health promotion in the Nordic countries, located in the city’s urban core. Hippos would be Jyväskylä’s largest sports construction project.

A new park for pesäpallo, Finnish baseball, is being designed for Hippos. Initial schedules predict the facility could be complete by the spring 2023. The new ballpark will have room for 1,800 spectators under the canopy, 1,500 of whom can be seated. This capacity can be significantly increased with add-on stands.

Harju, known as a city landmark, is a leisure and outdoor area for all inhabitants, offering sports fields, running trails, summer theatre, and May Day tradition. The stadium can house 5,000 spectators and is located a mere 500 metres from all the services of the centre of Jyväskylä.

The Lutakko Square is a favourite location for events. For instance, it has served as the race hub for the World Championship Rally of Finland for many years. The Lutakko Square has a capacity of 15,000 people in an area of 14,700 square metres, with a possibility to add another 1,800 square metres. Two large parking garages are available on the site, and the location is at the heart of the centre of the city, only 400 metres from the Travel Centre.

Apart from sporting venues proper, the city is home to a multipurpose fair and event centre in Jyväskylän Paviljonki, right in the middle of the city a walking distance from the city centre’s services. Paviljonki offers conference facilities for 5,600 people altogether, while 10,000 can attend events at the Paviljonki Areena. The complex has a combined 30,000 square metres of exhibition halls and conference rooms. Shows can also take place on the stage of the 1,200 person auditorium.

The event centre offers 18,000 square metres of floor space, which can be divided into up to seven separate exhibition halls or used as one whole. The largest single hall is about 8,000 square metres. The halls can be further delimited to the desired size and shape.

Laajavuori, youthful and urban, is a venue for diverse outdoor events throughout the year. The Laajavuori outdoor area offers 48 kilometres of maintained cross-country ski trails. 15 kilometres of the ski trails have artificial light. The trails are also well-connected with the other skiing and hiking routes in the Jyväskylä Region. Freestyle skiing and moguls are practised in Jyväskylä on an international level, and Laajavuori hosts a FIS Freestyle Skiing Europa Cup Moguls event every year. The Bike Park has a variety of routes for downhill cycling, enduro, and XC cycling. An adventure park and two disc golf courses can also be found in the are.