Turku, with its surrounding municipalities, is an energetic center of growth in the Baltic Sea area. The versatile livelihood structure, top class selection of education, culture, and services, as well as the beautiful archipelago, form a magnetic combination in Turku.

There are around 195 000 residents in Turku. In addition to residents, students and companies, the city attracts tourists. Turku is one of the most popular travel and congress destinations in Finland. Finland’s oldest city also has a long tradition as a city of top-level sports.

Turun Tuomiopäivä (Turku Judgement Day), formerly known as a competition for functional training, has received a CrossFit license as the first event in Finland and can now continue to serve as an arena for international CrossFit competitions. The goal is to make Turun Tuomiopäivä the largest Nordic CrossFit event in the next three years.

Challenge Turku brings an international triathlon competition to Turku and the iconic Aura riverside. Even though the competition draws the world’s best professional triathletes and their Finnish counterparts to challenge for victory, Challenge Turku is also an event for the whole family. There are few barriers to participation, with available distances for people of all ages and abilities! 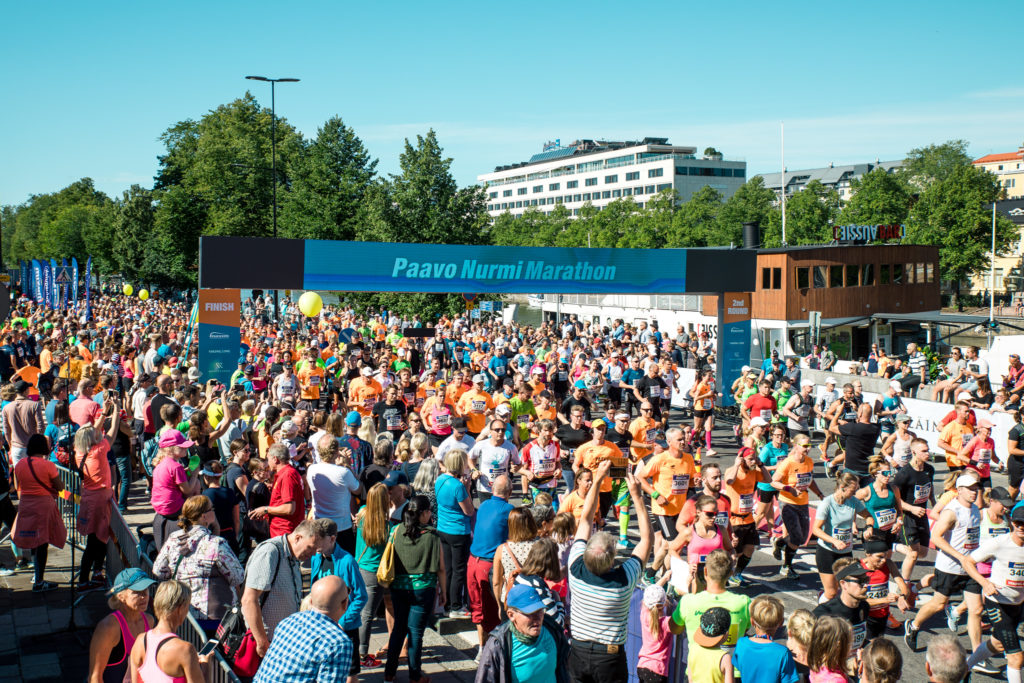 The Paavo Nurmi Marathon will take over the streets of Turku for 2 days every year. Distances available to run at the event include the 5 km, 10 km, half marathon, and marathon, as well as a Mini-marathon for the little ones in the family. The running routes run through the beautiful archipelago scenery of Turku.

The largest cycling event in Southwest Finland brings together cyclists of all ages and levels from active enthusiasts to commuters to enjoy cycling and the landscapes and historical sights of Turku and the surrounding municipalities.

There are hundreds of sports venues in Turku that are suitable for top-level sports as well as for everyday sports.

Turku’s Sports Park is situated at the city center along the east bank of the Aurajoki river. The Sports Park is used by a variety of sports teams and clubs as well as by individual athletes. The sports facilities are meant for both exercise and competition use. Facilities at the Sports Park include:

Paavo Nurmi Stadium provides great settings for athletics. The stadium has a full-length 8-line running track and venues for field sports. The size of the grass field inside the running track is 62 x 102 m. The grandstand has approx. 4 000 seats and the embankment seating circling around the stadium has room for around 9 000 people, so the total number of seats is 13 000.

The Kupittaa Sports Hall is a versatile place to do sports and exercise. It has running tracks and facilities for long jump, high jump, pole vault, and shot-put. The stand has 1000 seats.

The Gatorade Center is one of the largest multi-purpose halls in Finland. It can be transformed from an ice hockey arena into an indoor ballroom overnight. The total capacity of the Gatorade Center is nearly 12 000 with approximately 4400 seats in the lower stand 3900 in the upper stand, plus 780 box seats.